Older actors often tell younger ones never to share the screen with kids or dogs.

This video is a perfect example of why. But it’s a much better case study on how to build your brand through story. Anyone can learn it and you don’t need zillions of dollars to pull it off.

Go ahead and watch it now, then we’ll talk…

This is a perfect example of a viral video. It combines the “YouTube Cat” factor with the “hope for mankind” factor. Is this a guarantee of success? Well, not exactly. I mean, there are a multitude of factors beyond our control.

For instance, we may have guessed wrong on current tastes. We may not be keyed into the public zeitgeist. We may even have chosen the wrong day to go public.

But there are many factors absolutely within our control. And these are the most important in determining how our humble marketing video will perform. So it’s worth some attention.

In this post we’re going deep into the factors that transform a simple video into a viral sensation.

The Tale of the Tape
First of all, watch this video one more time and this time see if you can find one clip without subtitles that goes over 3 seconds. I’ll save you the trouble. There aren’t any. Most of them are 2 seconds or less.

Jerry Seinfeld has a joke that goes “Men are different than women. They don’t want to know what’s on TV. They want to know what ELSE is on TV.”  According to me, (heh) the average attention span of a YouTube viewer is no longer than the time it takes to press the play button and then see what else is on by checking the lineup of videos along the right-hand side of the screen. So even then they’re only listening. Their eyes are already searching for thumbnails of bikini-clad women advertising unsolved UFO mysteries…

See how very un-average you are?

Anyway, the good news is that if you know how to use that slice tool in your editing software, you can easily make this kind of quick cutting happen. The limiting factor is how much video you shoot.

Look at your story from many angles. And shoot at least 3 times as much footage as you think you’ll need. There’s no doubt in my mind that the video you just watched had at least 2 hours of footage nestled on those memory cards. So be prepared to make a day of it. Your editor will thank you later!

The next factor under your control is majorly major. So pay close attention…

Energy
Watch this video again, this time for the energy in each shot. Notice that there are three distinct kinds.

The first is kinetic
Either the camera is moving or there is fast movement within the frame of the camera, or both.

The second is emotional
Every person in the video is super-happy and super-energized by their happiness. It shows not only in their smiles, but in their posture and movement.

High energy, it seems, is something that communicates with the masses. Who knew? Heh.

The third is audio
Audio? Yep. Audio in music, that is. Notice how the energy in the music builds, how it transitions into a grander set of instruments, how the rhythm and pacing changes. The music literally tells you what to feel all the way through. It’s actually not too difficult to choose the right music. It’s so worth it. It adds the most incredible layer of meaning to your videos.

But good hearted videos need one other special ingredient.

There are too many ways to insert humor to talk about here, but in this video, it’s mostly in the timing of the shots. That means that there is a pace and rhythm created by the punctuation and grammar of the shots themselves. Even though each shot is only a couple of seconds long, every once in a while there is one where the internal energy slows down just long enough to set up the punchline.

At the very end, our hero doggie sits and rides the walkway, as it calls out, “watch your step”. Sure leaves a smile on your face. But also, it’s the one languid moment that calls attention to itself by its very nature, since every other moment was so frenetic. Pretty cool, huh?

This next bit was a little surprising, but it was so effective that it’s worth paying close attention to. Surprising, because you just don’t see this element in “feel-good” videos.

The Canine Tartuffe
How do you build suspense? Well, in several ways, but in this video suspense is built by having a bunch of people talk about this mystery character before he makes his appearance. But the way they talk about him does not prepare you for what actually appears.

Which brings us to yet another, perhaps the most important layer of all…misdirection.

This video is sort of a magic trick
Like a good magician, it makes you think something is real that couldn’t possibly be real. And we happily play along. “Fool us”, we seem to say to the filmmaker magician. “Prove that this dog really does what you say. Give us all kinds of evidence to make your case.”

Well, while it’s not clear to me that the dog does anything of any consequence other than run joyfully through the airline terminal in search of hugs, the editors have skillfully created the impression that there is this super-dog capable of reading the minds of de-planing passengers, scanning their unconscious for signs that they left their headphones on the plane behind them, dashing into every plane in every port of call all day everyday throughout the entire world, like Santa Claus, then somehow return said items to their rightful owners sans means of transportation (even Santa had a sleigh!) or without being violated by the TSA.

Whew. That’s quite a lot to stuff into one video

But can you pull this off? Of course you can! It’s all about the idea. And how do you come up with a great idea like this? Simple. Come up with 50 bad ideas first.

Gee, I hope you didn’t think I was going to tell you to just follow this simple 7 step template. That’s not how you come up with an original idea. That’s how you come up with yet another way to imitate someone else. There are better ways to tell a story than to retell some one else’s.

Are there cases in which imitation can also be original?
Yes. Still, this is usually the hardest work there is. Everything else could be about getting to the finish line in the fastest, most efficient way possible. 80/20 rule and so forth.

But here’s where you need to sweat the small stuff. And how will you know you have something good enough to bring to life? Well, it may make you laugh. It may make your friends laugh. You may just have a gut feeling about it. Personally, I think you’ll arrive at a settled feeling; a little voice inside that calmly says “you got it. Let’s storyboard.”

Some skill, this video stuff.
I would think that’s worth having. And it is. This is the very essence of storytelling. It’s not about sticking to the facts, ma’am. It’s all about creating an impression of the truth, such that when you are found out, you draw a smile instead of a frown.

Oscar Wilde said that art is the lie that tells the truth. Fifty Shades of Gray describes more than a racy summer read. It’s also the latitude your audience gives you to say your piece.

One more thing. Get to the higher truth in every story. When you do, you can never go wrong.

Unless you release it on the same day Khloe Kardashian paints her nails a new shade of purple. 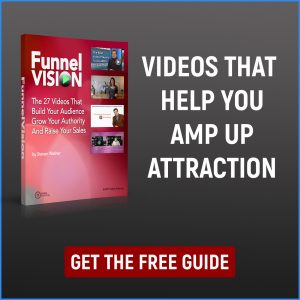