We'll build the system together for you, so you get those consistent results.

I call this marketing system The Content Carousel. It's quite simple and straightforward. It's like a carousel that goes round and round...24/7.

The people on your list will love this ride because it feeds them with the kind of brain food they can't get anywhere else. Is it content marketing? Sort of.

It doesn't curate the content of others. It doesn't talk about a million things. It comes only from you. It really only does one thing, but it does it very, very well.

It allows you to show up as THE expert in your space.

And when it's time to sell, this happens completely under your control, and yet no one ever feels pressured to do anything. That's because you've created a system of attraction rather than a brute force attack.

This is very different than what happens in marketing today.

Most marketers show up once or twice a year and sell a lot of stuff to as many people as they can, enlisting as many others as they can, because that's their only chance "at bat".

Not that there's anything wrong with that.

We just don't need the complexity, the incessant measuring, the pressure to maximize each step of the process, the insanely long videos, and the dwindling effectiveness of a technique everyone knows too well.

Using the carousel, one simply shows up and does the work for an audience who actually WANT to hear from you and would miss you if you were gone.

It's so simple. You just have to be good enough to pull it off. And that's what this training does. It makes you nothing less than an expert at what some feel is almost magical.

I've double-distilled my 20+ years as a video professional down to just the necessary tactics and strategies for making engaging videos. You'll enjoy learning how to shoot and edit with these simple yet elegant tactics and recommended software. And you'll learn how to use the best web technologies to run your business.

This is the very heart of The Content Carousel. Here we'll define your themes and focus in on the highest use of what you already do to engage those who can most use your services. Without this piece, nothing else would be of much use. So we'll work together on this until you're very secure with how you want to proceed. And since your content is so bound up in who you are when you're at your best, you'll learn how to be at your best on camera with my exclusive strategies for creating on-camera presence. 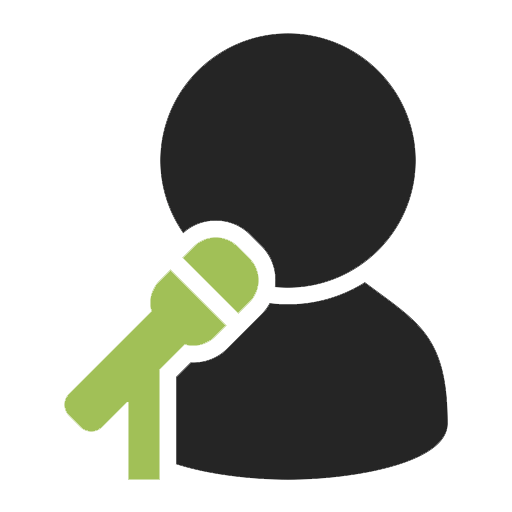 Here we'll deploy your The Content Carousel in a series that builds in power and attracts your most desired client over and over again. By determining your access points and service offerings, you'll build a simple and engaging way to attract sales day after day.

Work at Your Own Pace With My Help

WORKBOOKS, TRANSCRIPTS AND VIDEO TUTORIALS
There are over 50 videos in the members area that take you down very specific paths of knowledge and instruction. From writing to shooting to editing to building a personal attraction system, everything is covered.

This is supplemented by over 100 pages in workbooks, where you apply learnings from the videos.

FEEDBACK AND CRITIQUE IN THE GREENROOM
Every video you make, every email you write, every sales page you put up, is a reflection of your brand. We'll look at each of those deliverables in detail, in The Greenroom, our private member's forum.

How a Series of Simple Videos Builds Your Market Authority

Can I Really Do This?

My job is to give you the strategy, training, tools and skillset to FEEL LIKE YOURSELF in front of a video so you can communicate your uniqueness and become an authority in your space.

So how would you build your business and increase your income by being YOURSELF on video and standing out to the people you are meant to attract unless you can say something like:

I make the best videos in my space…

They almost force people to see me as an authority…

They reveal the deeper levels of expertise I hold…

They make my audience experience a shock of recognition as they almost call out, "You’re talking about me. Tell me more!"

I will prepare you, perhaps better than anyone, to show up with IMPACT and authority in front of your future clients and customers.

The choice is simple.

Look at MY videos... look at THEIR videos, and decide which path you want.

If This Would Be Helpful...

Those who have mastered The Content Carousel can write their own ticket...

Who wants fire and brimstone raining down on their heads, right? So here’s the deal: if you don’t like the program for whatever reason, you shouldn’t have to pay for it. You can let me know anytime during the first 30 days by sending an email to steve@visibleauthority.com, and I’ll refund your purchase fully, same day, with my thanks for giving it a try.

What kind of experience or background do I need? Hide +

None to speak of. This is from-the-ground-up program, so it assumes nothing about your background. A lot or a little or none at all is the amount of experience with video you can bring. Whatever your experience level, you will learn something new.

What kind of a budget will I need for equipment and software? Hide +

If you don't have anything at all, you might spend up to $1,000 getting all the lights, a camera, mic, backgrounds and whatever else we decide on. But we'll have an approved list of items that go well together, and we'll also talk about it if you have questions once you actually start shopping. Doing video right is an investment, not an expense.

What you acquire now will serve you for years to come. Every day I'm still using the same lights I got back in 2010 and also get daily use from a microphone I bought over 10 years ago!

Other questions? Email me at steve@visibleauthority for a prompt answer.